EGCO Group reports a consolidated net profit of Baht 6,927 million for the year 2008. EGCO Group’s direction for 2009 will expand its investment in ASEAN market, the fuel projects together with moving forward on prospective domestic’s project and focusing on existing assets management including enhance its operational efficiency to serve economic recovery in the future.

Mr.Vinit Tangnoi, President of EGCO Group, revealed that EGCO Group’s consolidated net profit for the year 2008 ended December 31, 2008 was Baht 6,927 million, representing a decrease of Baht 1,475 million or 18% compared to the year 2007. The net profit per share was Baht 13.16. Excluding the loss on foreign exchange rate due to the Baht depreciation, EGCO group’s profit was Baht 7,491 million, an increase of Baht 99 million or 1.34% mainly resulting from GPG’s recognition of the Kaeng Khoi 2 unit 2’s operating result, which achieved its commercial operating date (COD) on February 27, 2008.

Mr.Vinit mentioned that “According to the National Economic and Social Development Board (NESDB) forecasted Thailand’s GDP growth of only 2% which affect a domestic investment slowdown and a decrease of electricity demand. These factors have influenced the government to review the PDP2007 by sustaining the reserve margin at 15-20 percent of installed capacity as well as postponed its plan to buy electricity from neighboring countries including the three independent power producers who won 2007 IPP bidding for a year. Throughout preparing to revise the SPP plan in order to stimulate private investment.

Even though this situation should not have any impact on EGCO Group’s operations, however, it might affect the company’s business expansion in the future. Therefore, the company strategy will place more emphasis on expanding investment opportunities in (i) ASEANmarkets, (ii) fuel projects, and (iii) prospective domestic projects using renewable energy as fuel sources to sustain EGCO group’s market share as a leader in energy sector and strengthen to EGCO as well.”

As for the business expansion’s direction of EGCO Group in 2009, Mr.Vinit added that the company will focus on expanding investment opportunities in the ASEAN markets by acquiring stake or additional shares in approved projects, projects under construction or operating assets. EGCO Group will only consider the quality projects which provide strong profitability returns at acceptable level of risk. Meanwhile, EGCO Group has continually studied and developed renewable energy projects using wind, solar cell and biomass as commercial fuel sources.

Regarding the profitability, EGCO Group has been focusing on effective asset management of existing assets especially, Kang Koi 2 and BLCP which have been operating for a year and Quezon Power Project in Philippines which EGCO Group has acquired in December 2008 and also Nam Theun 2 Project in Lao PDR which was currently 95 percent complete and expected COD by December 2009.

“With the EGCO Group’s human potential and expertise, the company has been preparing to cope with fluctuating situation by more cautious in conducting business through cost control, prioritization of expenditures and enhancing operational efficiency. The company closely follows the changes in the energy sector as well as a solid ground of financial stability. We confident that the company would pull through the hardest situation firmly and efficiency” Mr.Vinit said finally. 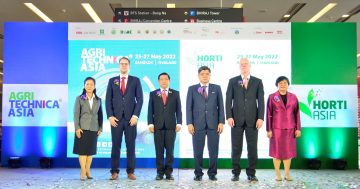 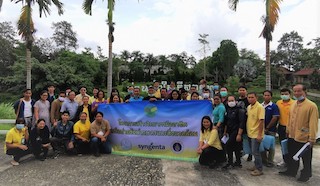